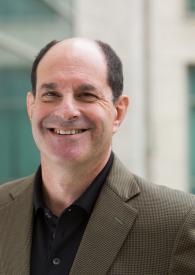 The Julius Lab is interested in understanding how signals are received and transmitted by the nervous system. In one area of research, the power of natural products to elucidate molecular mechanisms of touch and pain sensation is explored. For example, the lab researches how capsaicin, the main pungent ingredient in "hot" chili peppers, elicits burning pain, and how menthol, the cooling agent in mint leaves, evokes an icy cool sensation. Using these agents as pharmacological probes, Julius' Lab has identified ion channels on sensory nerve fibers that are activated by heat or cold, providing molecular insight into the process of thermosensation. With the aid of genetic, electrophysiological, and behavioral methods, the lab probes how these ion channels contribute to the detection of heat or cold, and how their activity is modulated in response to tumor growth, infection, or other forms of injury that produce inflammation and pain hypersensitivity.

Structure and function of specific neurotransmitter receptors is also studied, such as those activated by serotonin or extracellular nucleotides, and use genetic methods to identify roles for these receptors in physiological and behavioral processes, such as feeding, anxiety, pain, thrombosis, and cell growth and motility.

We are interested in the molecular biology of sensory transduction and neurotransmitter action in the mammalian nervous system. One of our goals is to understand the molecular basis of somatosensation - the process whereby we experience touch and temperature - with an emphasis on identifying molecules that detect noxious (pain-producing) stimuli. We are also interested in understanding how somatosensation is altered in response to tissue or nerve injury.

Our approach has been to identify molecular targets for drugs or natural products that mimic the psychophysical effects of commonly encountered somatosensory stimuli, such as heat or cold. Thus, we have asked how capsaicin, the main pungent ingredient in "hot" chili peppers, elicits a sensation of burning pain. Using a combination of molecular genetic, electrophysiological, and histological methods, we have shown that capsaicin activates an excitatory ion channel (called TRPV1) on sensory nerve endings. Remarkably, TRPV1 is also activated by heat (>43 deg C), and we have used transgenic methods to demonstrate that this channel contributes to the detection of noxious heat in vivo and is essential for the development of thermal hypersensitivity following tissue injury. These findings have led us to ask how TRPV1 functions as a molecular integrator of physical and chemical signals that regulate sensory neuron excitability under normal and pathophysiological conditions.

On a related front, we have extended our molecular analysis of somatosensation by determining how we detect cold. Following the paradigm set forth by our work on the capsaicin receptor, we asked how cooling compounds, such as menthol, elicit a cool sensation. We have cloned a menthol receptor from primary sensory neurons and shown that it is also activated by cold thermal stimuli, proving that menthol elicits its familiar psychophysical sensation by activating a cold receptor. The structure of this menthol/cold receptor (TRPM8) resembles that of TRPV1, demonstrating that ion channels of this class serve as the principal sensors of thermal stimuli in the mammalian peripheral nervous system. Indeed, we have recently shown that mice deficient in TRPM8 display striking defects in cold and menthol sensitivity at the cellular and behavioral levels.

In more recent studies, we have identified another TRP channel (ANKTM1 or TRPA1) on sensory nerve fibers that is activated by allyl isothiocyanate, the pungent ingredient in wasabi and other mustards. Genetic and physiological evidence from our lab suggests that TRPA1 is an important component of the signaling mechanism through which certain pro-algesic agents depolarize sensory neurons to produce pain hypersensitivity and neurogenic inflammation.

In addition to our work on somatosensation and pain, we also study specific neurotransmitter receptor systems, such as those activated by serotonin or extracellular nucleotides. A recent example of our work in this area includes identification of the P2Y12 receptor, an ADP-activated G protein-coupled receptor that contributes to platelet aggregation and serves as the molecular target for the widely prescribed antithrombotic drugs, clopidogrel and ticlopidine. P2Y12R is also expressed by microglial cells in the brain and we have recently shown that this receptor modulates microglial activity to regulate injury responses in the central nervous system.

David Julius earned his undergraduate degree in Life Sciences from Massachusetts Institute of Technology before pursuing a PhD in Biochemistry at University of California, Berkeley. He completed subsequent postdoctoral research at Colombia University before joining the department of Cellular & Molecular Pharmacology as an Assistant Professor at UCSF. David Julius now serves as the Chair for the Department of Physiology.

Dr. Julius is an elected member of the American Academy of Arts and Sciences as well as the National Academy of Science. He holds numerous awards including but not limited to the Prince of Asturias Award in Technical and Scientific Research, Passano Award, and a Shaw Prize in Life Sciences and Medicine.