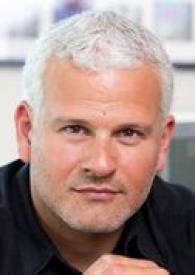 The Gazzaley Lab studies the neural mechanisms of perception, attention and memory, with an emphasis on the impact of distraction and multitasking on these abilities. The research approach utilizes a powerful combination of human neurophysiological tools, including functional magnetic resonance imaging (fMRI), electroencephalography (EEG) and transcranial electrical and magnetic stimulation (TMS, TES). A major focus has been to expand understanding of the developing mind and alterations in the aging brain that lead to cognitive decline. The lab's recent studies explore how we may enhance our cognitive abilities via engagement with custom designed video games, neurofeedback and TES. The focus of this proposal is an important and timely topic and one that is directly in the scope of my expertise.

Dr. Adam Gazzaley obtained an M.D. and a Ph.D. in Neuroscience at the Mount Sinai School of Medicine in New York, completed clinical residency in Neurology at the University of Pennsylvania, and postdoctoral training in cognitive neuroscience at UC Berkeley. He is now Professor in Neurology, Physiology and Psychiatry at the UC San Francisco, the Founding Director of the Neuroscience Imaging Center, and Director of the Gazzaley Lab, a cognitive neuroscience laboratory. The laboratory studies neural mechanisms of perception, attention and memory, with an emphasis on the impact of distraction and multitasking on these abilities. His unique research approach utilizes a powerful combination of human neurophysiological tools, including functional magnetic resonance imaging (fMRI), electroencephalography (EEG) and transcranial magnetic and electrical stimulation (TMS & TES). A major accomplishment of his research has been to expand our understanding of alterations in the aging brain that lead to cognitive decline. His most recent studies explore neuroplasticity and how we can optimize our cognitive abilities via engagement with custom-designed video games, and how this can be bolstered by closed loop systems using brain-computer interfaces and TES.

Dr. Gazzaley is co-founder and Chief Science Advisor of Akili Interactive, a company developing therapeutic video games, and is also a co-founder and co-founder and Chief Scientist of JAZZ Venture Partners, a venture capital firm investing in experiential technology to improve human performance. Additionally, he is a scientific advisor for over a dozen technology companies including Apple, GE, Magic Leap and Nielsen. Dr. Gazzaley has filed multiple patents for his inventions, authored over 100 scientific articles, and delivered almost 500 invited presentations around the world. His research and perspectives have been consistently profiled in high-impact media, such as The New York Times, New York Times Magazine, New Yorker, Wall Street Journal, TIME, Discover, Wired, PBS, NPR, CNN and NBC Nightly News. He wrote and hosted the nationally-televised PBS special “The Distracted Mind with Dr. Adam Gazzaley”, and has co-authored with Dr. Larry Rosen the soon to be released MIT Press book: “The Distracted Mind: Ancient Brains in a High-Tech World”. Dr. Gazzaley has received many awards and honors, most recently the 2015 Society for Neuroscience – Science Educator Award.