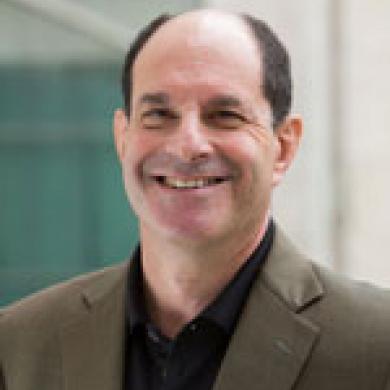 David Julius, PhD, chair and professor of Physiology at UC San Francisco, is the recipient of the 2017 Human Frontier Science Program Nakasone Award, which honors scientists who have made key breakthroughs in fields at the forefront of the life sciences.

Julius receives the award from the Human Frontier Science Program Organization (HFSPO) in recognition for his discovery of the molecular mechanism of thermal sensing in animals, which has defined a field of sensory reception. In an announcement, the HFSP named Julius as “one of the most creative and respected neuroscientists of his generation with an unusually broad approach to research, ranging from biochemistry, biophysics, and therapeutics, to evolution and molecular structure.”

Through his research, Julius has discovered molecular mechanisms that explain how we perceive pain and temperature. His landmark identification of the VR1, or TRPV1, channel was published in Nature in 1997. TRPV1 is the receptor for capsaicin, the pungent agent in chili peppers, and its discovery has led to groundbreaking insights into the mechanisms of pain sensation, thermosensation, and sensory signaling. Julius and his colleagues have identified other ion channels on sensory nerve fibers that are activated by heat, cold, or chemical irritants and are currently investigating how their activities are modulated in response to injury that produces inflammation and pain hypersensitivity. His work has led the way toward elucidating the atomic structures of these channels and has implications for developing analgesic drugs.

The Nakasone Award recognizes the vision of Japan’s former Prime Minister Yasuhiro Nakasone, who established the HFSP to support international collaboration and foster early career scientists in a global context. The HFSPO will present Julius with a $10,000 unrestricted research grant and the award at the 17th annual HFSP awardees meeting to be held in Lisbon in July 2017. At the event, Julius will also deliver the HFSP Nakasone Lecture.

Congratulations to Dr. Abigail Buchwalter on receiving a 2019 Glenn Foundation for Medical Research and AFAR Grant for Junior Faculty
December 26, 2019